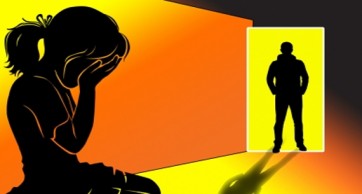 A day after a city court granted police custody of Saduddin Malik, Jubilee Hills police took him into their custody from Chanchalguda Central Prison.

Though police sought custody of the accused for seven days, the court on Wednesday granted three-day custody.

The 18-year-old was being grilled at an undisclosed location. The investigators are looking to gather more information in the sensational case, which has triggered national outrage.

Though police said they completed the investigation in the case and arrested all the accused, the questioning of the main accused is likely to help police gather more information as to how they trapped the victim and lured her to join them in Innova vehicle in which they later sexually assaulted her.

Malik is number one accused in the May 28 gang rape of a 17-year-old girl. The remaining five accused are minors and they include sons of a leader of ruling TRS, who is also chairman of a government-run body and a MIM MLA.

The police on Wednesday produced two juveniles before Juvenile Justice Court, which sent them to juvenile home.

Jubilee Hills police have also filed a petition for custody of the juveniles for further questioning in the case.

Meanwhile, police are planning to recreate the scene of crime as part of the investigations to build a strong case against the accused.

While four juveniles along with Malik were involved in gang rape, the fifth juvenile, son of MIM MLA, has been charged with molestation as he had got down from the vehicle before other accused took the girl to another place and raped her.

Malik was arrested on June 3 while juveniles were picked up subsequently from various places.

The incident occurred on May 28 after the victim and accused attended a daytime party at a pub in upscale Jubilee Hills. The police investigations revealed that while in the pub, Malik and a minor misbehaved with her.

When she came out of the pub, the accused followed her and trapped her. She boarded a car with the accused to go to a bakery in Banjara Hills and enroute four juveniles forcibly kissed her, made the videos and circulated it.

After spending sometime at the bakery, Malik and four minors took the victim in the Innova to an isolated place in Jubilee Hills and by rotation raped her in the vehicle. They later dropped her at the pub.

The incident came to light three days later after the girl's father grew suspicious about the injuries on her neck and approached the police. Woman police officials took the victim into confidence which finally led to the victim revealing the entire incident.

Based on her statement and the CCTV footage gathered from different locations and other evidence, police arrested all the accused.

The five accused have been booked under Indian Penal Code (IPC) sections 376 D (gang rape), 323 (causing hurt), Section 5 (G) (gang penetrative sexual assault on child) read with Section 6 of Protection of Children from Sexual Offences (POCSO) Act, 366 (kidnapping a woman) and 366 A (procuration of a minor girl) and Section 67 of Information Technology Act.

Hyderabad Police Commissioner C.V. Anand said the accused could face punishment for not less than 20 years or imprisonment for life till death or even death penalty.

The sixth Child in Conflict with Law (CCL) was not involved in rape but he kissed the victim in the car. He has been booked under IPC Section 354 (assault or criminal force to woman with intent to outrage her modesty), 323 and Section 9 (G) read with 10 of POCSO Act. He could face 5-7 years imprisonment.