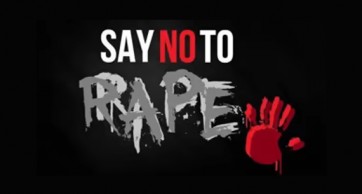 Hyderabad, June 7 (IANS) Three more incidents of rape of minor girls have come to light in Hyderabad even as the police investigation continued in the May 28 gang-rape of a 17-year-old girl by five persons in a car.

Since the sensational case of sexual assault in posh Jubilee Hills came to light, a total of five more cases have been reported. Two of these crimes were reported from the old city on Sunday.

In one of the latest reported incidents, police arrested five accused for sexually exploiting a minor girl in the name of friendship. Police also arrested owners of two lodges, where the accused exploited her.

Karkhana police clarified that it was not a gang-rape but the accused exploited the girl in different days in two lodges. The accused include two juveniles.

A case was registered at Karkhana police station on May 30 on a complaint by the victim's father. According to police, the accused developed friendship with the class 10 student over social media. They allegedly took some photographs of the victim in a compromising position and continued blackmailing her.

In two other cases, two minor orphan girls were sexually assaulted by youngsters who had developed friendship with them. Both the victims were students of a junior college in the city.

The incidents occurred in April but came to light after the warden of the girls' hostel learnt about it and lodged a complaint with the police.

In the second incident, the victim was lured and raped by a minor boy at a theatre at a shopping mall in Attapur area. The accused allegedly took the victim out of the theatre in the middle of a show and sexually assaulted her on the same premises.

Police apprehended the juvenile and sent him to an observation home.