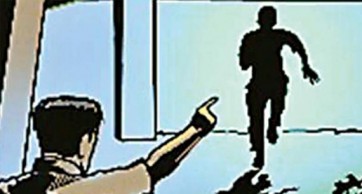 Hyderabad, May 16 (IANS) A bank cashier, who had escaped with Rs 22.53 lakh last week, on Monday surrendered before a court.

Praveen Kumar, working as cashier at Bank of Baroda's branch at Vanasthalipuram, gave himself up at a court at Hayathnagar.

The court remanded him to judicial custody till May 30. He was subsequently shifted to Cherlapally jail.

Kumar had left the bank with Rs 22,53,378 on May 10 and had since remained untraced. He had told his manager that he was going out to buy medicine for stomach pain.

As the cashier did not return and the cash was found missing, the bank officials lodged a complaint with Vanasthalipuram police station under Rachakonda police commissionerate.

Police had booked a case of cheating and criminal breach of trust against the bank employee and formed teams to nab him.

Praveen's family members told police that they are unaware of his whereabouts as he did not return home and could not be reached over the mobile phone.

Kumar had sent contradictory messages to the bank officials. He sent a message to the manager that he had taken the cash after he suffered losses in cricket betting. "If I win money in betting again, I will return the bank amount back, else I will end my life," read the message.

However, the next day he sent a selfie video to the bank officials from an undisclosed location, claiming he had not stolen the money.

He alleged that whenever there was any difference in cash balances in the bank, the officials blamed him. He claimed that he had earlier brought to the manager's notice the incidents of missing cash but no action was taken.